The only hotel large enough to accommodate our cast and crew was about 20 minutes from most of our locations.  In the middle of another fairly small town, this Holiday Inn felt like something out of a David Lynch film.  How could a chain feel so obtuse?  We were all wondering the same thing.

Let me take a step back – it wasn’t that the place felt like the Black Forest Lodge or anything like that.  If there were a sequence in Wild At Heart that took place in a resort, this is what it might’ve looked like.

After passing through the lobby – which gave no real sense of what the rest of the place looked like – there were two paths: one that led to a bar called Legends (where the same cover band performs the same songs every night) and another that led to the hotel.  After passing through a small corridor to the hotel it opened up into a cavernous room.  Surrounding the giant open space in the middle were all the rooms – three levels of them, every door opening up to a hallway that overlooked the open courtyard.

On the first level there was plastic outdoor patio furniture in front of the rooms – most of which had the curtains opened wide.  Walking to a room it was impossible not to pass through family reunions, parties, and all sorts of other happenings taking place on this furniture.

What else was in this cavernous space?  What made it so Lynchian?  Glad you asked.  Inside this space – which must’ve been the size of a football field – or at least damn close to those dimensions – were three (maybe 4) full-sized pools, at least 4 hot tubs, a couple playgrounds, volleyball courts, basketball courts (both were carpeted, mind you), a mini-arcade, air hockey, ping pong, darts, and a bunch of other shit I probably missed.

So on top of the overwhelming smell of chlorine there was the constant dings of the videogames, bouncing of the balls, and just general mayhem.  This is what we returned to after every long day of shooting…

During the course of our stay there were some weddings, graduations, and loads of family getaways. 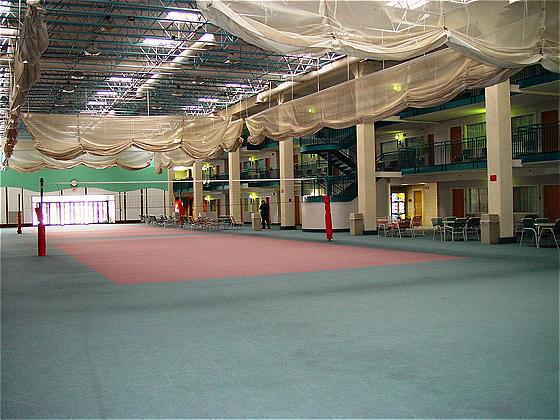 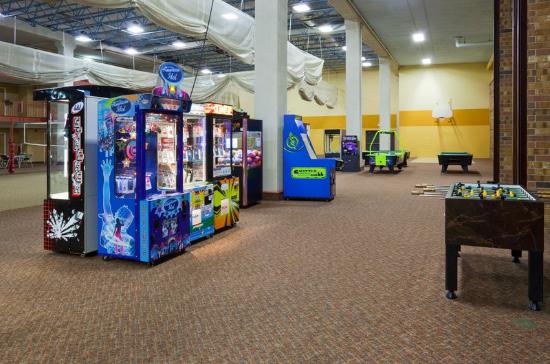 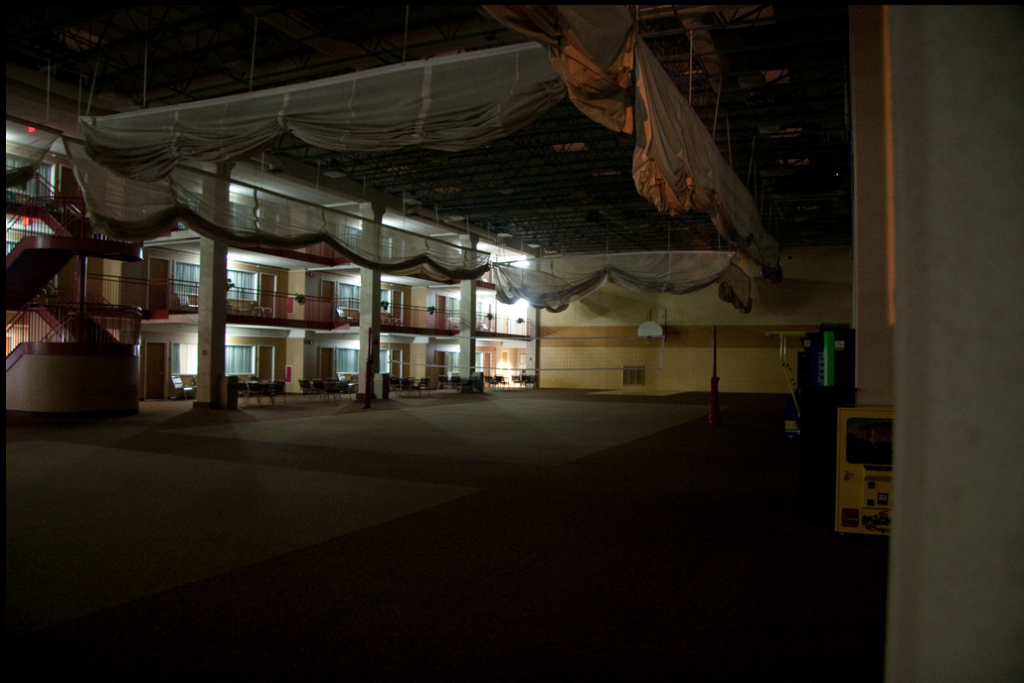 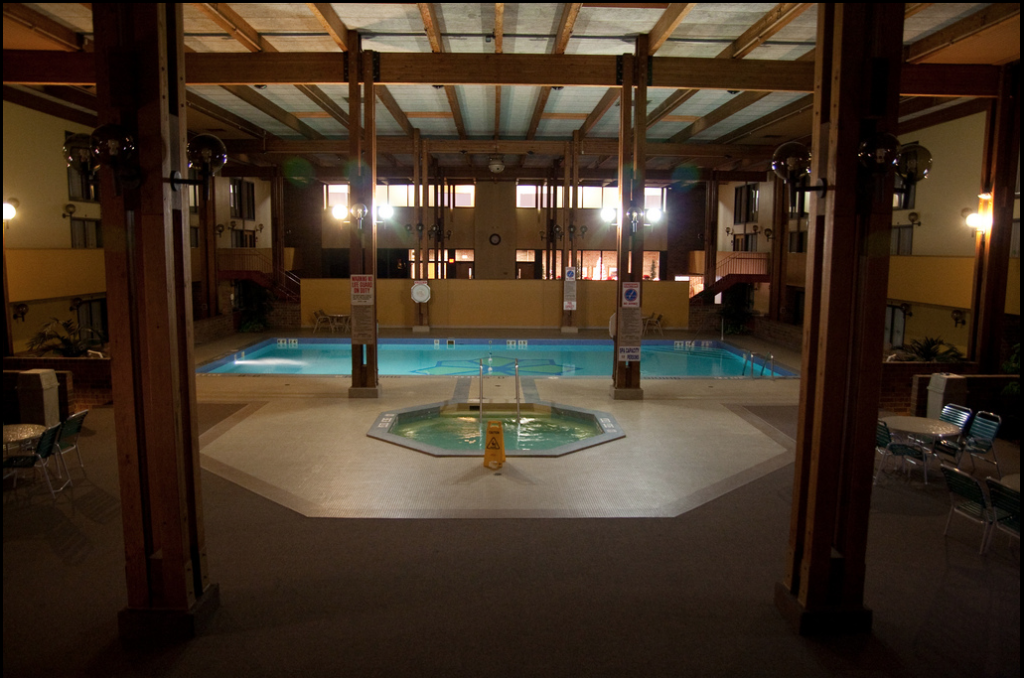 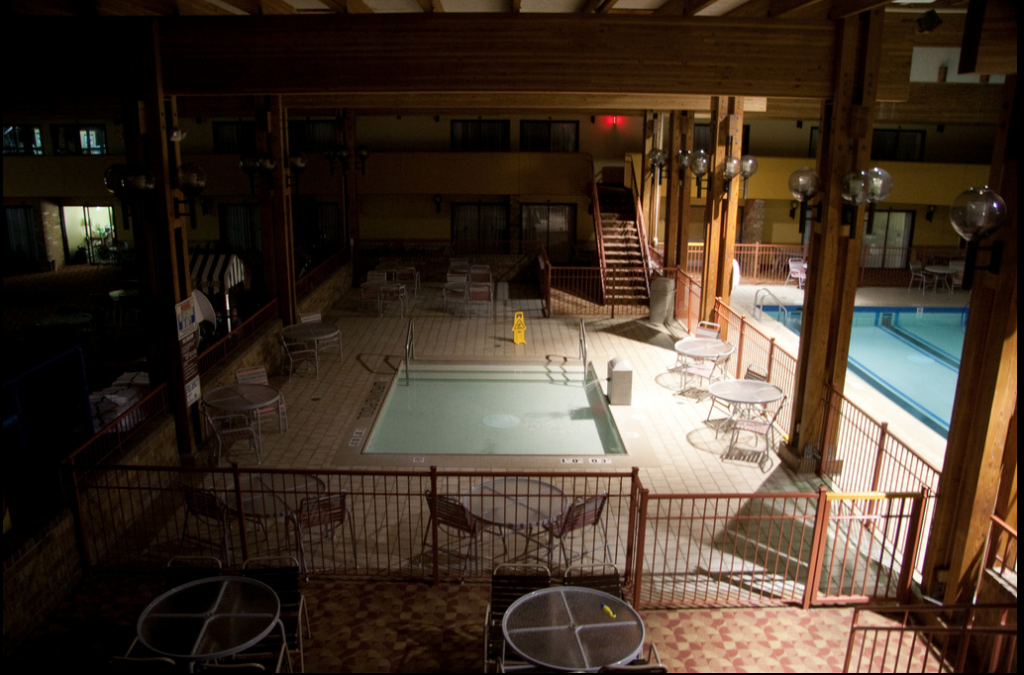 MAYBE REACH OUT FOR PICS OR DO A QUICK LITTLE SKETCH