The Origin of the Project

The story of how Sweet Corn came into existence starts in Hawaii.  Actually, it really starts about 12 years earlier, but we’ll get to that momentarily…

In early 2013 my family went to Oahu along with another family.   On day two we made the trek to the North Shore. Upon arrival, Russ – the other dad – and I went for a hike and saw a huge rock just off the shore – it must’ve been at least 30 feet tall, jetting out into the ocean around 60 feet.  On this particular day the waves were non-existent.   Jumping off the top of this rock was everyone from the gorgeous bikini-clad locals to the New York tourist.  And why not, the conditions were perfect.

“You know,” I said.  “I used to jump off of stuff twice this high in the Boundary Waters and the conditions weren’t even close to this.   But I’m not gonna jump – cause chances are with my luck I’d probably screw up my knee and mess up the rest of this vacation.”  So we climbed down…  Which in hindsight was way more dangerous than jumping. 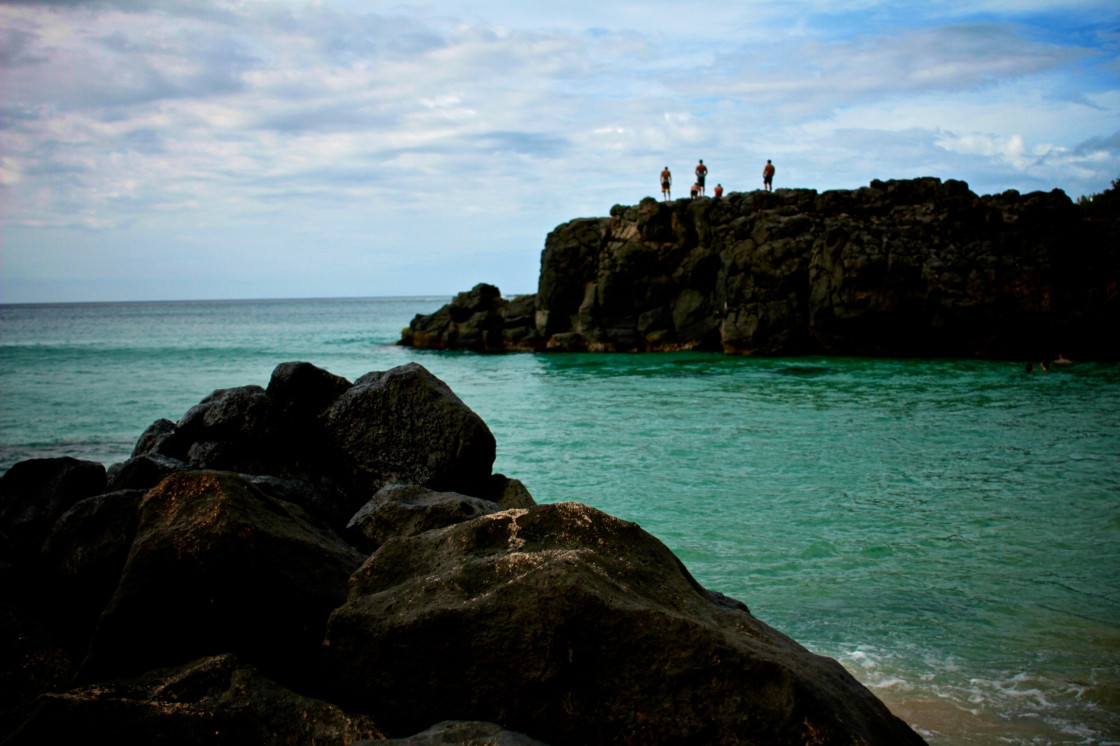 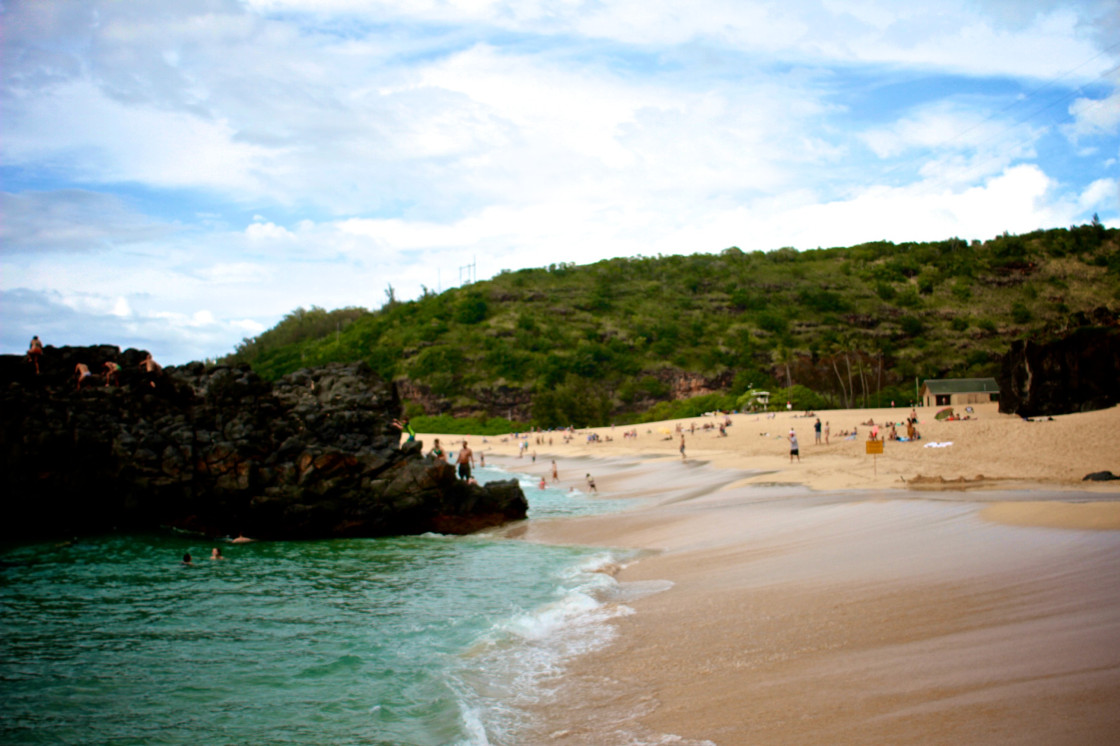 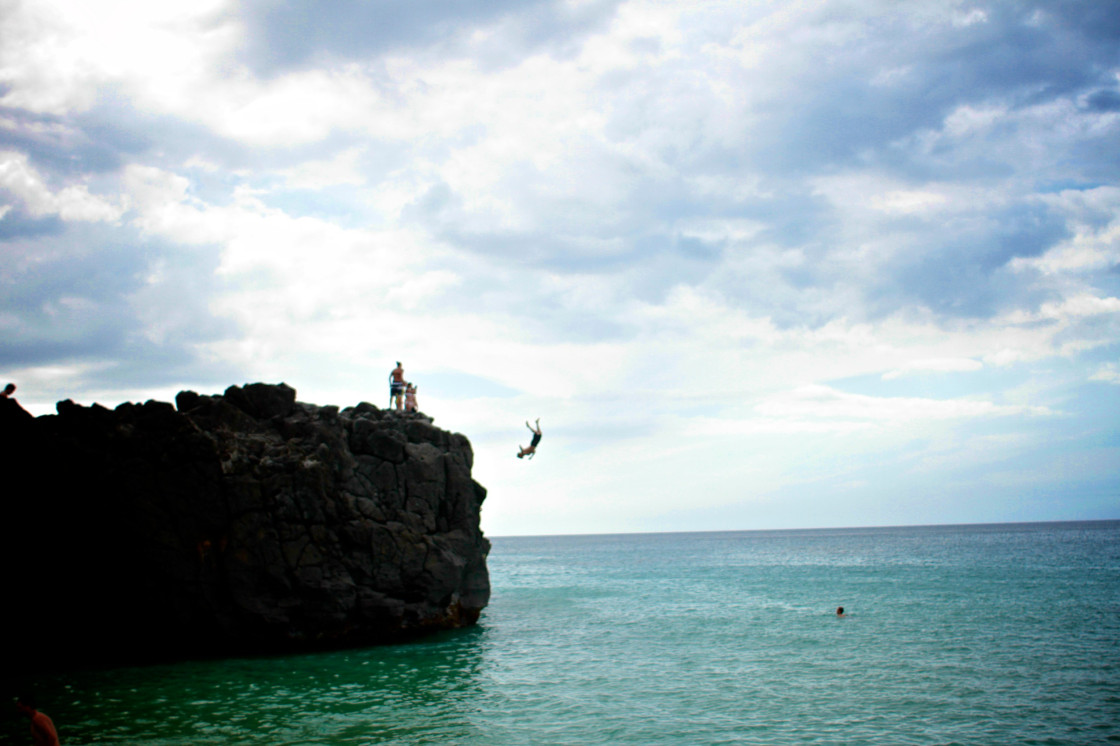 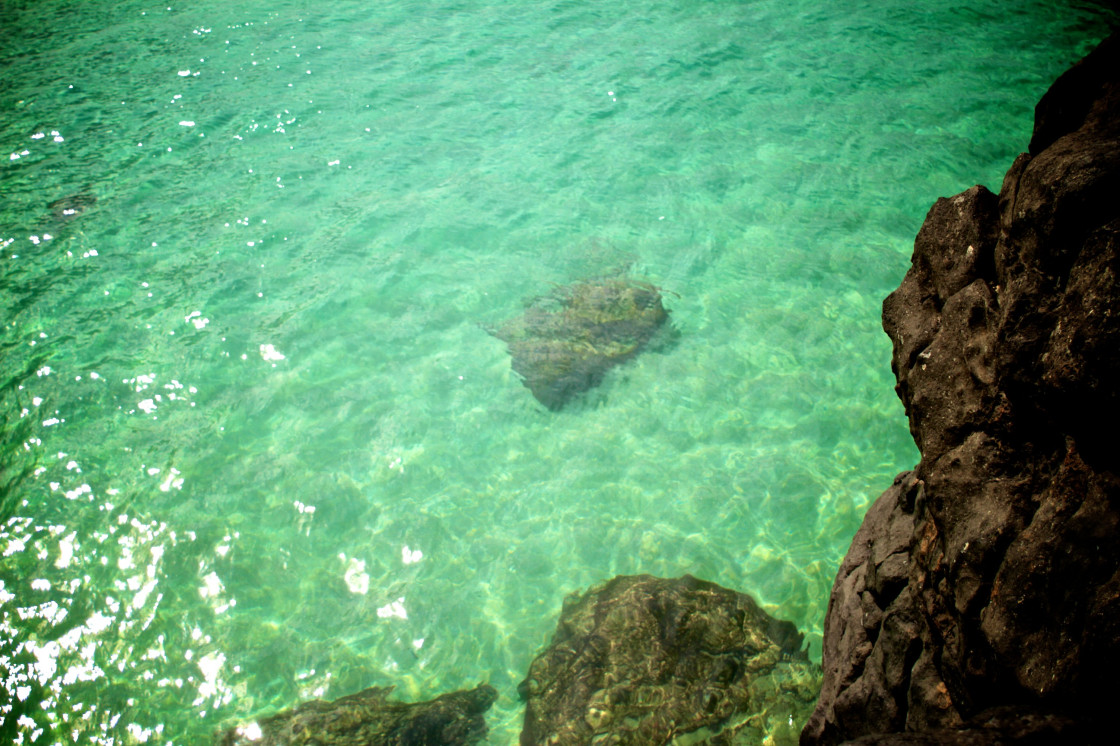 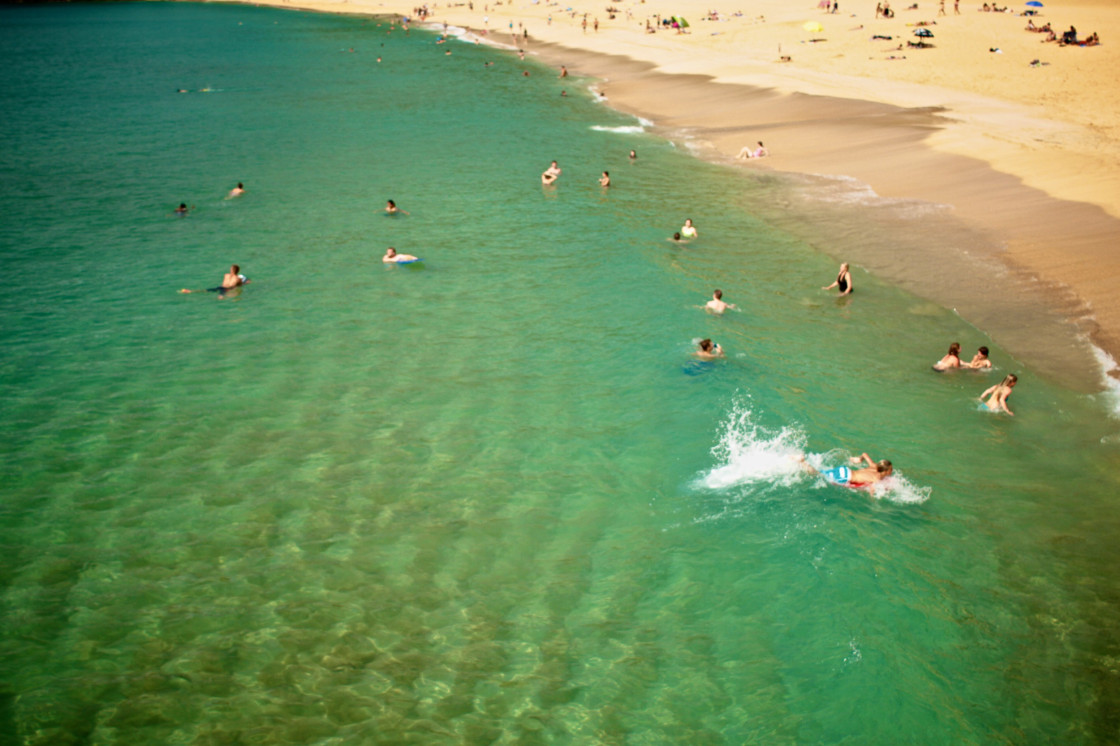 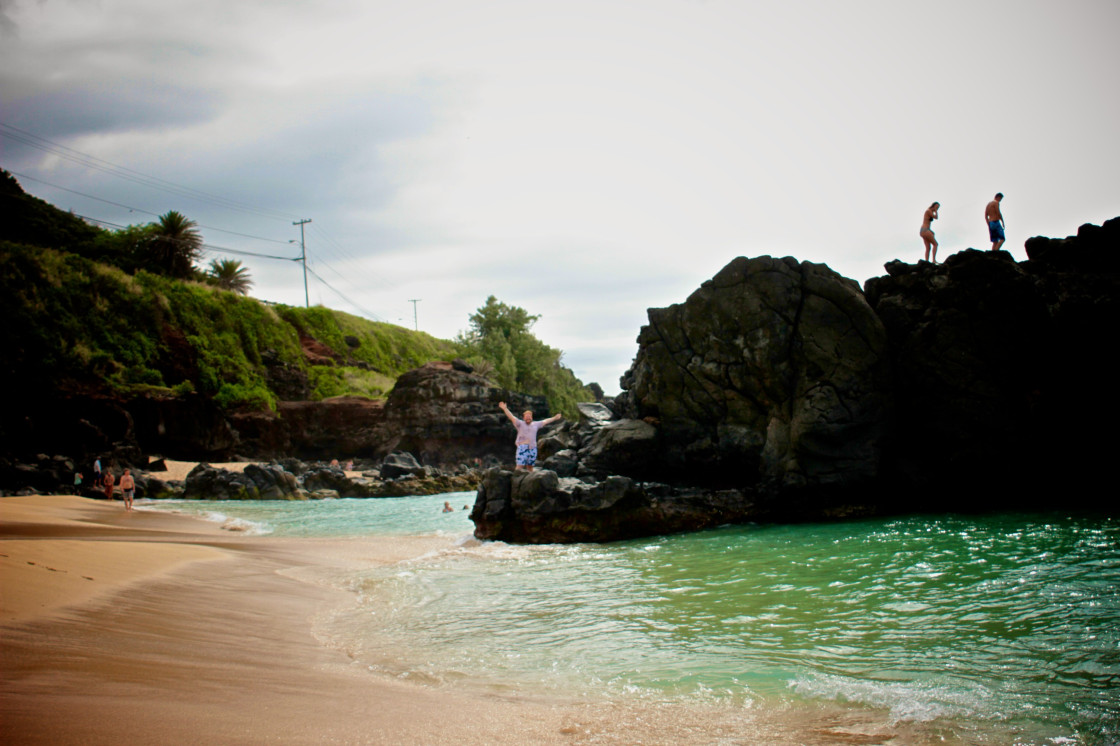 Later on my ten year old, Carter, wanted help looking for sea turtles.   We strolled a quarter mile to a sandy ledge that was pointed out as the perfect place to spot turtles.  Heading up the slight incline I noticed two things – the crashing waves and a rock in the middle of the sand.  When the waves crashed into the sand they pummeled this flat, round, a foot in diameter rock.  That’s gotta be a slippery rock, I thought.  Looking at photographs later on I wondered why the hell my body felt compelled to take this route to the edge of the lookout when there were so many other options.

As I stepped over the rock the sand sunk beneath my left foot, then my right foot shot out across the slippery surface and got jammed on the other side.  Once that happened I fell back onto a slight decline.  Under normal circumstances this would’ve just resulted in a fall.  That’s it.  Even my surgeon, later on, said that I should come up with a better story for what happened because what I said made no sense.  This was coming from a member of the Official Surgical Team of the US Olympics.  What happened next defies logic…

While falling, my knee made a snapping sound like a giant rubber band finally giving way.  And I glanced down just in time to see my kneecap shoot out and up my thigh.  As with any painful incident like this the moment unfolds in slow-motion… All the sounds, snaps, tears, crunches, and images are burned into my mind.

Once I landed I couldn’t move.   Standing up was a joke and so, in as calm a voice I could muster, I said, “Carter – I busted my knee – get Russ and mom.”  Without question he sprinted the quarter mile back to get help.

Meanwhile, I laid in the sand and kept repeating the words, “do not pass out.  Do not pass out.”  How embarrassing, I thought, to end up dead cause I passed out in the waves.

Careful What You Put Out There

We quickly realized there was no way I was making it back to the car.   And that’s when the real heroes arrive, all set to waste their time on yet another clumsy tourist.  These lifeguards make the beast-like bad guy surfers in Point Break look like pansies.  You know – the crew that Anthony Keidis is part of.  He’s the one who gets shot in the foot during the first major police raid.  Propped up on the back of the four-wheeler, I sat there like a helpless dolt.  Russ snapped pictures as I took my ride of shame back up the beach.  Everyone probably figured I fell victim to one of the many hazards of this tropical wonderland: shark attack, surf injury, a major fall… Anything.

“You need to come up with a better story” is what everyone tells me, but I think it epitomizes the silliness of life.  Somehow, I’d jinxed our trip with those dumb words spoken only hours earlier.

In the Honolulu ER the doctors confirmed my suspicions that I’d require surgery and suggested I tough out the rest of the vacation and get fixed up back in Los Angeles – as it would be a difficult recovery.   While I was hanging out I had the chance to tell a bunch of nurses and doctors my story – they all laughed, but one nurse had an even better tale.

She had a patient in New York who used to joke around a lot – any time one of his friends hit him he’d jokingly say, “Ow – my pancreas.”  One day he got a horrible pain in his stomach and required an emergency surgery.  Turns out he had pancreatitis.  After the surgery he told his nurse, “Man, I’ve learned my lesson – never gonna joke around like that again.  Whenever I get hit from now on I’m gonna say, ‘ow – my vagina!’ cause I ain’t got one of them.”

So don’t put bad shit out there – it’ll come back eventually.

The surgeon did his work and repaired not just my torn patellar tendon – which runs the length of the leg like a giant rubber band – but also my MCL.  Recovery was hell.  When I started physical therapy I was told, “there’s only one other injury that takes longer to recover from – and that’s breaking a back.”  Sheesh.

After about a week or so I was able to get out to my studio.  Filmmakers don’t really get vacations.  Even vacations are about feeding the mind.  So I was back in the office trying to work.  Being active is a big part of getting my mind into a place where ideas are allowed to flow without resistance.  Not being able to move around – it was having a dire impact.  After a couple days of staring at a blank screen I decided to do something productive: clean.  They always say if you want a clean house, marry a writer.  It’s true.  But this procrastination was taking on an even crazier form.  I made the decision to reorganize the prior 15 years of my life squirreled away in boxes, filing cabinets, and drawers.

Nearly two years before all of this I’d made a resolution to finally invest in one of my own projects – to find a piece of material I was passionate about.  After writing over a dozen scripts, working with other writers, and considering some short stories nothing really jumped out at me as something I was so passionate about that I’d be willing to take a risk on it.   I had a list of requirements for the project in my head – something to shoot in the Midwest, a story I connected to emotionally, characters I wanted to live with, and themes that would resonate with me and, hopefully, an audience.  I didn’t want to just make something for the sake of making it – that’s a waste of time.  As the mother of my favorite storyboard artist told him before he move to Los Angeles, “don’t add to the shit.”  Sound advice.

While cleaning out my archives I read through everything – every snipped article, old script, play, story, notebook, scrap of paper, etc.  Anything I deemed worthy of keeping I read through and either tossed or filed away.

On the forth day of digging I read a script that was over 11 years old.

There was something about this script.  It was a simple story about a British bank robber kidnapping a farmer on the side of the road and trying to get out of town, but getting hit with every imaginable obstacle along the way.  Something about the basic elements of the story struck me in the one place I’d been waiting to get hit for a long time – the gut.  What I also liked was the fact that it was written by my long-time collaborator, Chad Gilman.  We’d done a couple films together and have known each other nearly 20 years.  The script was by no means done – the characters didn’t really have an arc, there was no ending, and the film wasn’t really about anything, but there was a voice.

So I rang up Chad.  “Remember that script you wrote a long time back about the farmer and the gangster – Watermelon?”   “Yeah,” he said, “I always liked that one.”

“Yeah,” I said, sharing the story of how the script ended up in my hands again after so many years, “I think there might be something here.”

“Here’s the thing – it needs a bit of work, but I’ve got an idea as to what we could do with this.”

I pitched him some ideas, which he responded to and then I sent him a rough treatment of where I thought we might take the story.  A couple weeks later he sent me the script – Sweet Corn.  And I loved it.  It was different from what I pitched, but I didn’t want to change a line.  I called him up and said we’re making this.  I could feel it in my gut – this script was right on.   It tackled a theme that I’d been subconsciously wanting to explore – desperate people driven to the edge and what happens when they don’t know how to deal with the pressure…

SPOILER ALERT – PLEASE DO NOT READ THIS IF YOU HAVEN’T SEEN THE FILM. 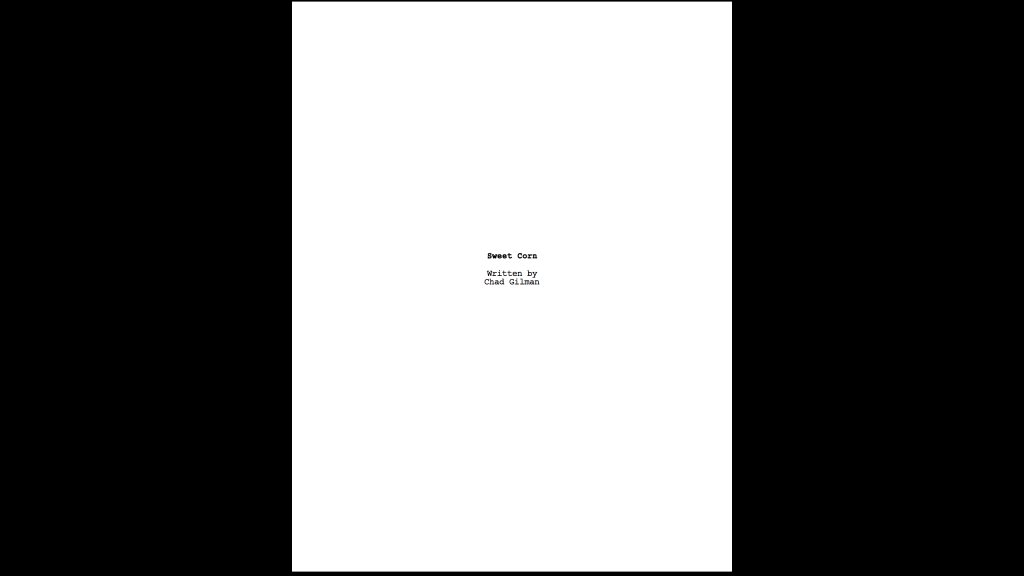 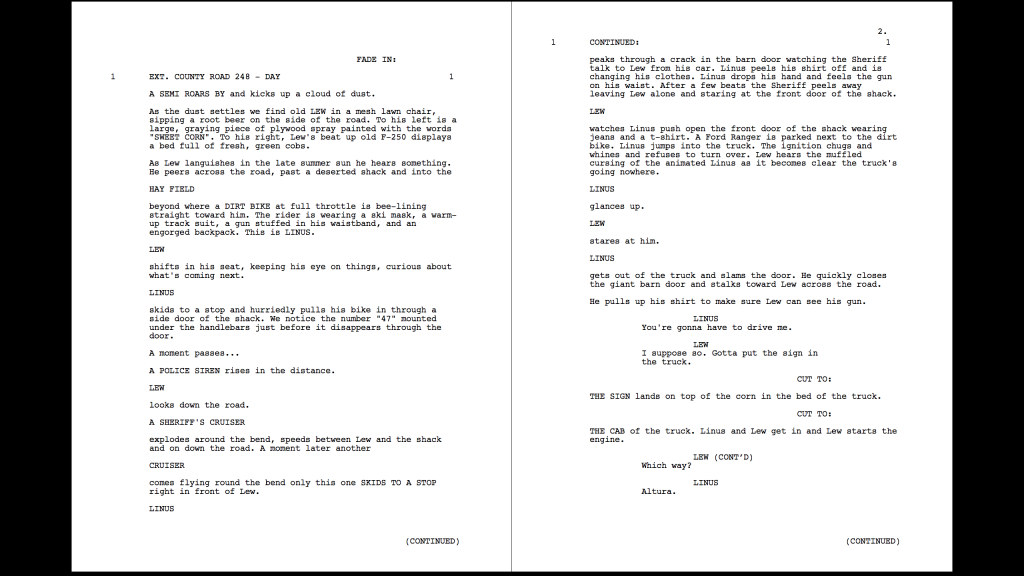 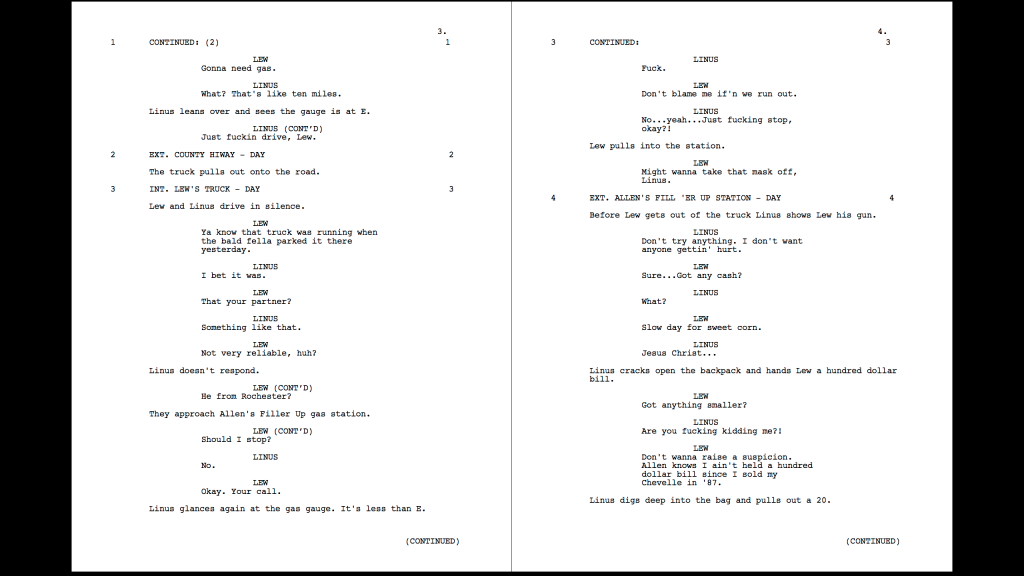 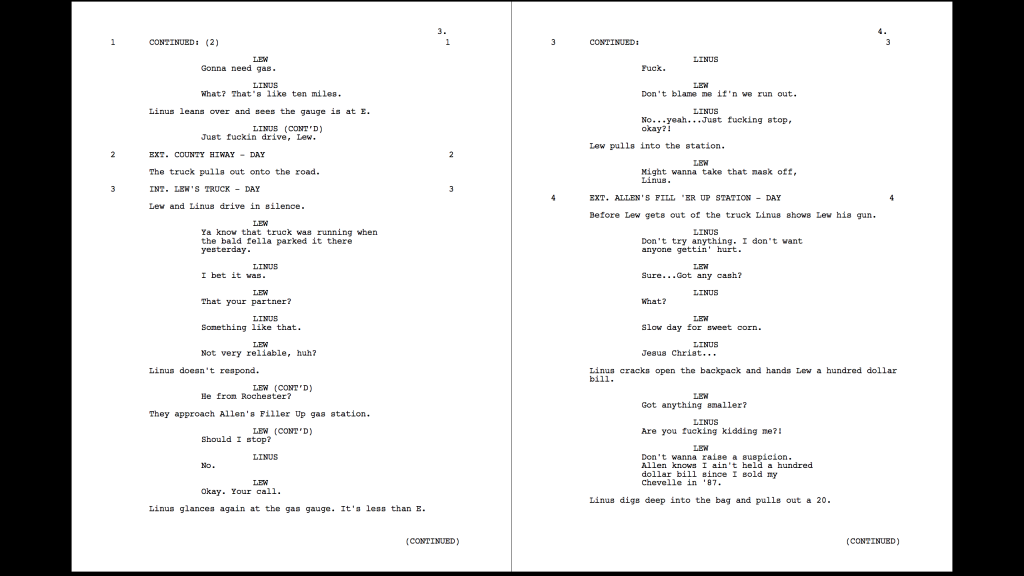 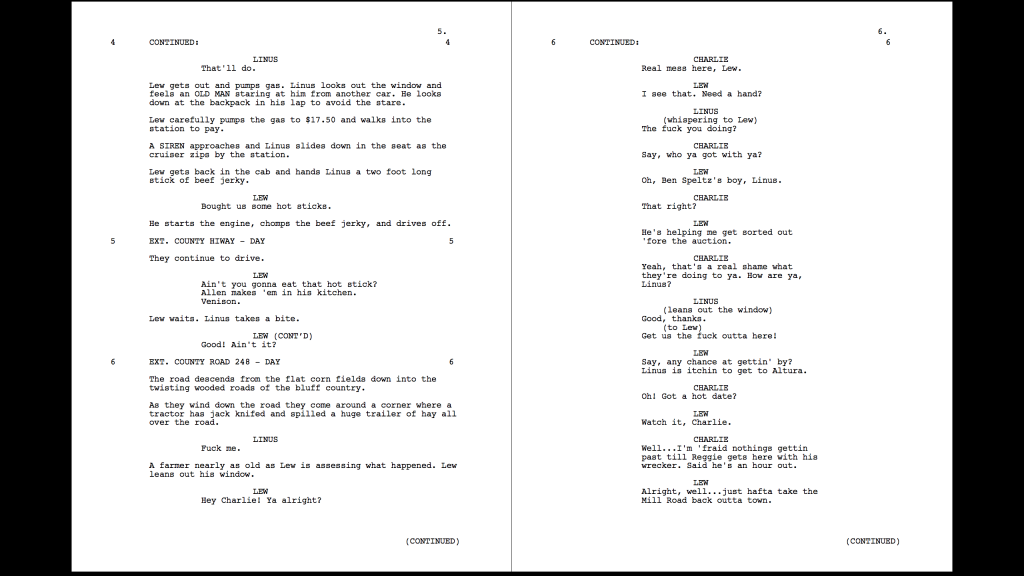 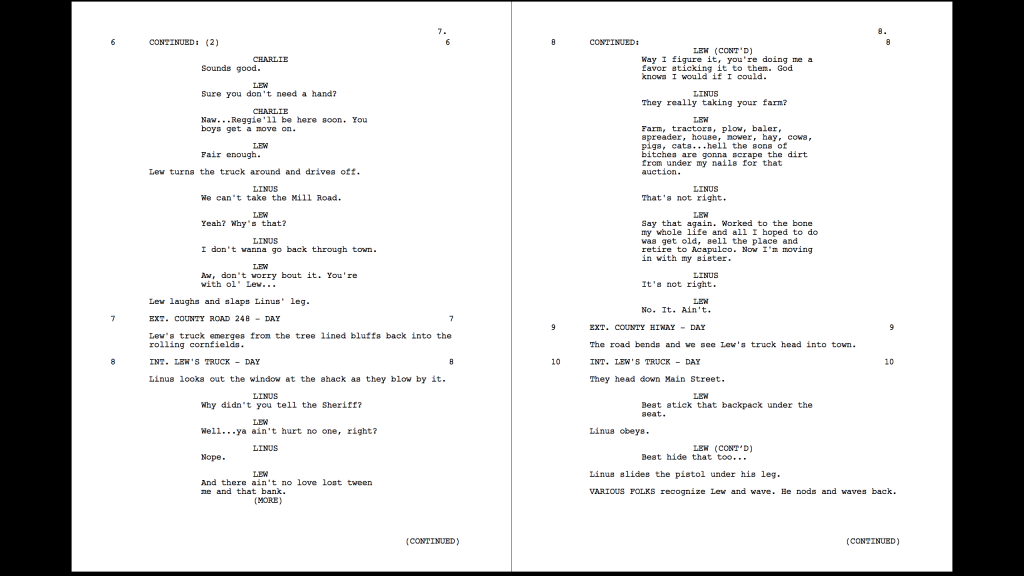 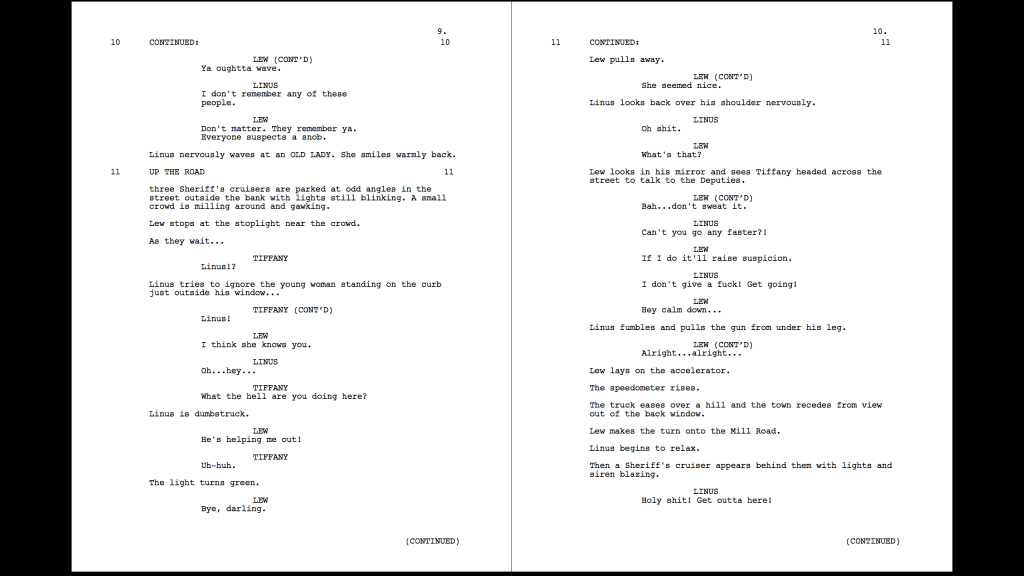 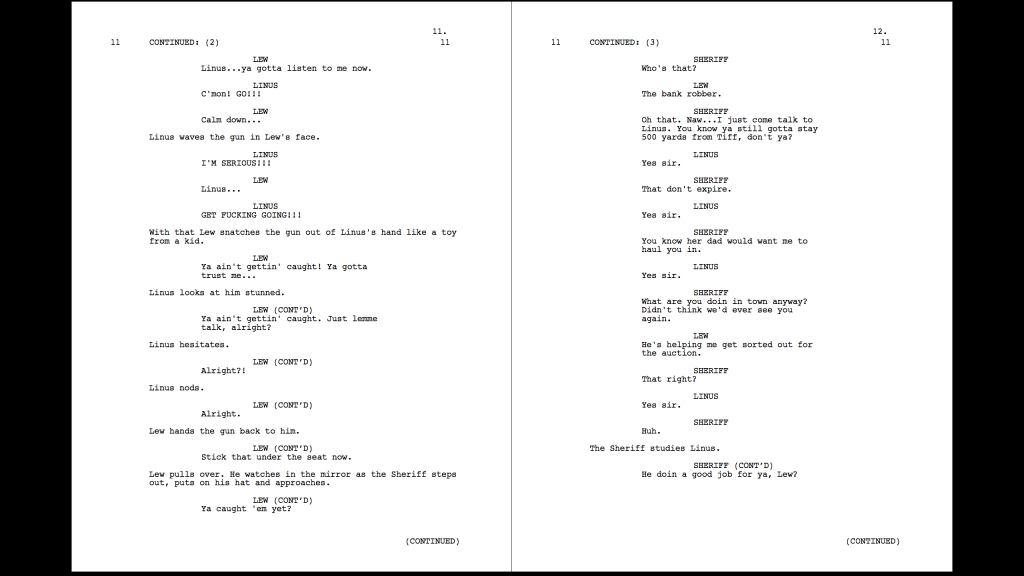 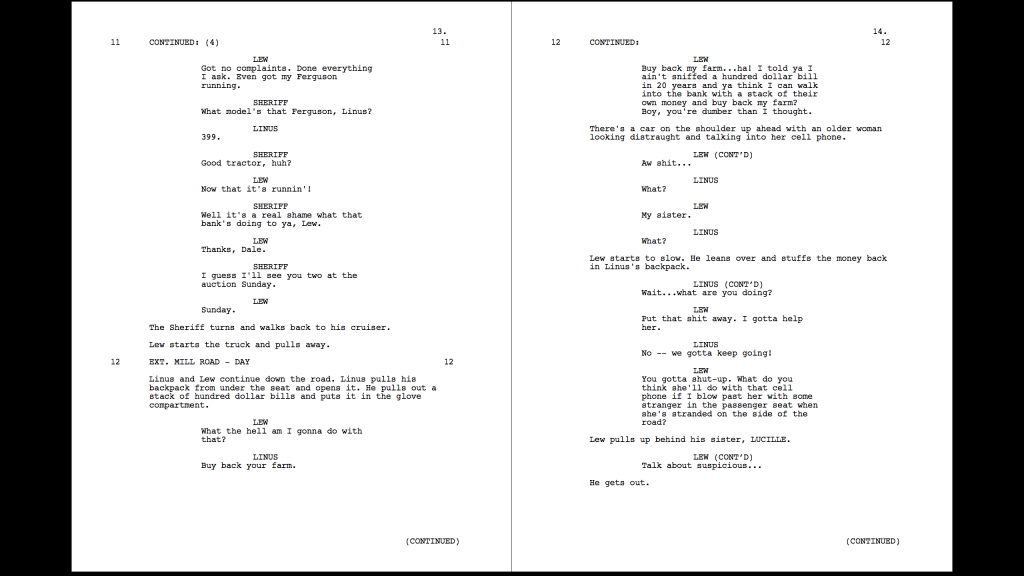 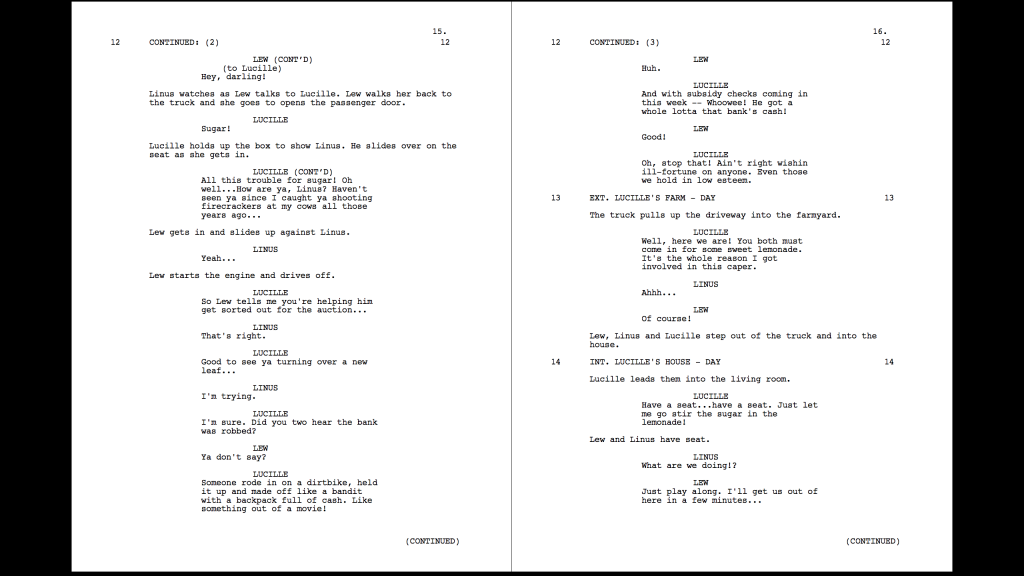 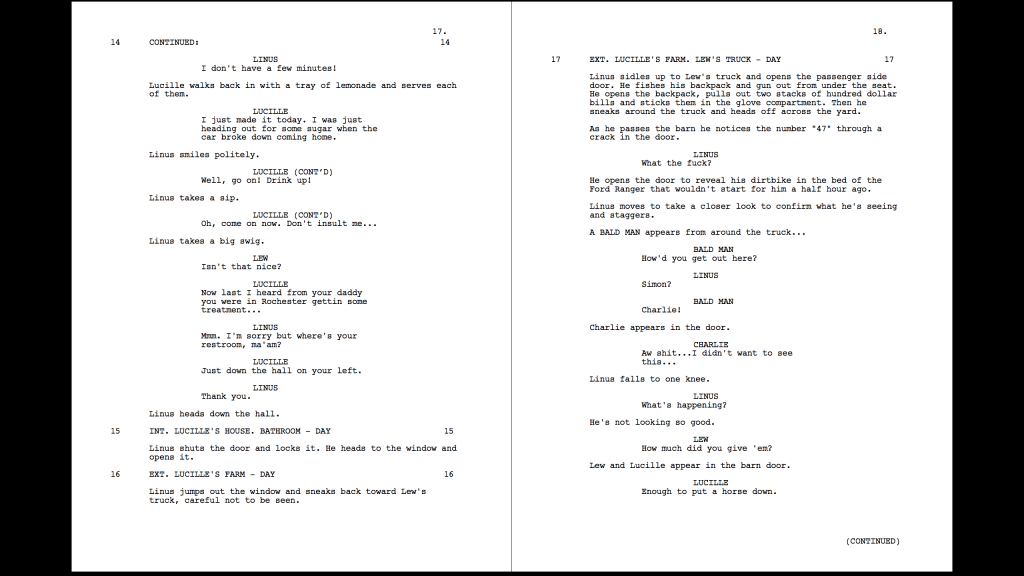 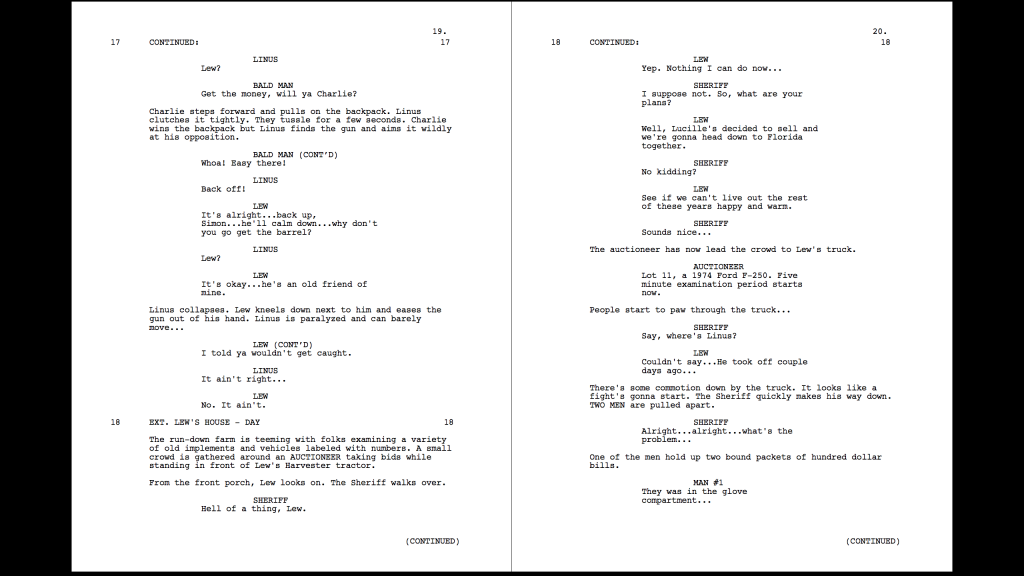 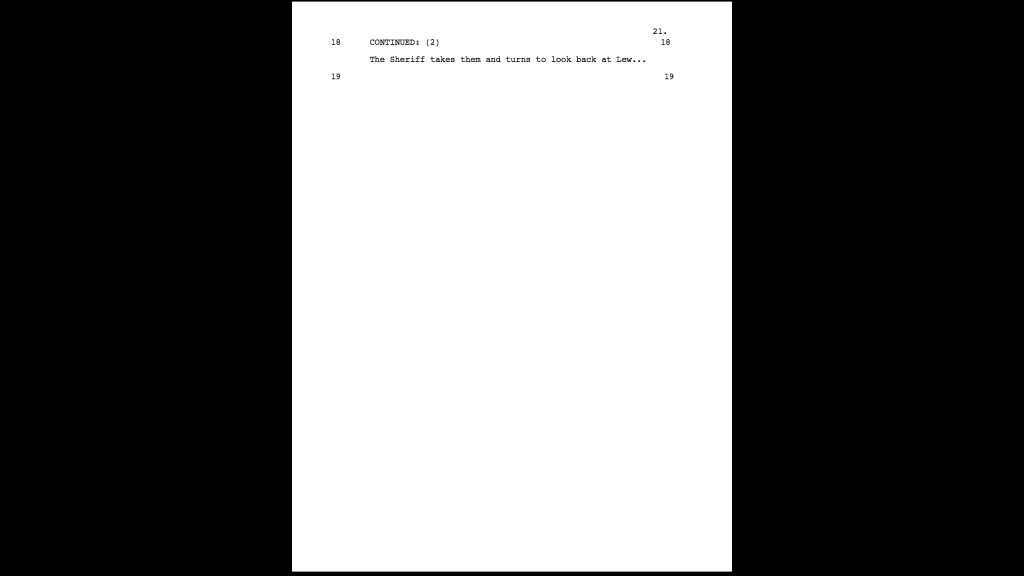